Equals POP is a math game launched in 2014 for iPhone and iPad. In the game you need to pull down balloons from the sky to form mathematical expressions that equal a given answer. When the expression equals the answer the balloons pop (i.e. "equals pop"). The faster you get them to pop, the higher your score.

Equals POP has 19 different levels, spread across four different worlds, each with its unique color theme and soundtrack. The app also has Game Center integration, to allow you to compete with friends. 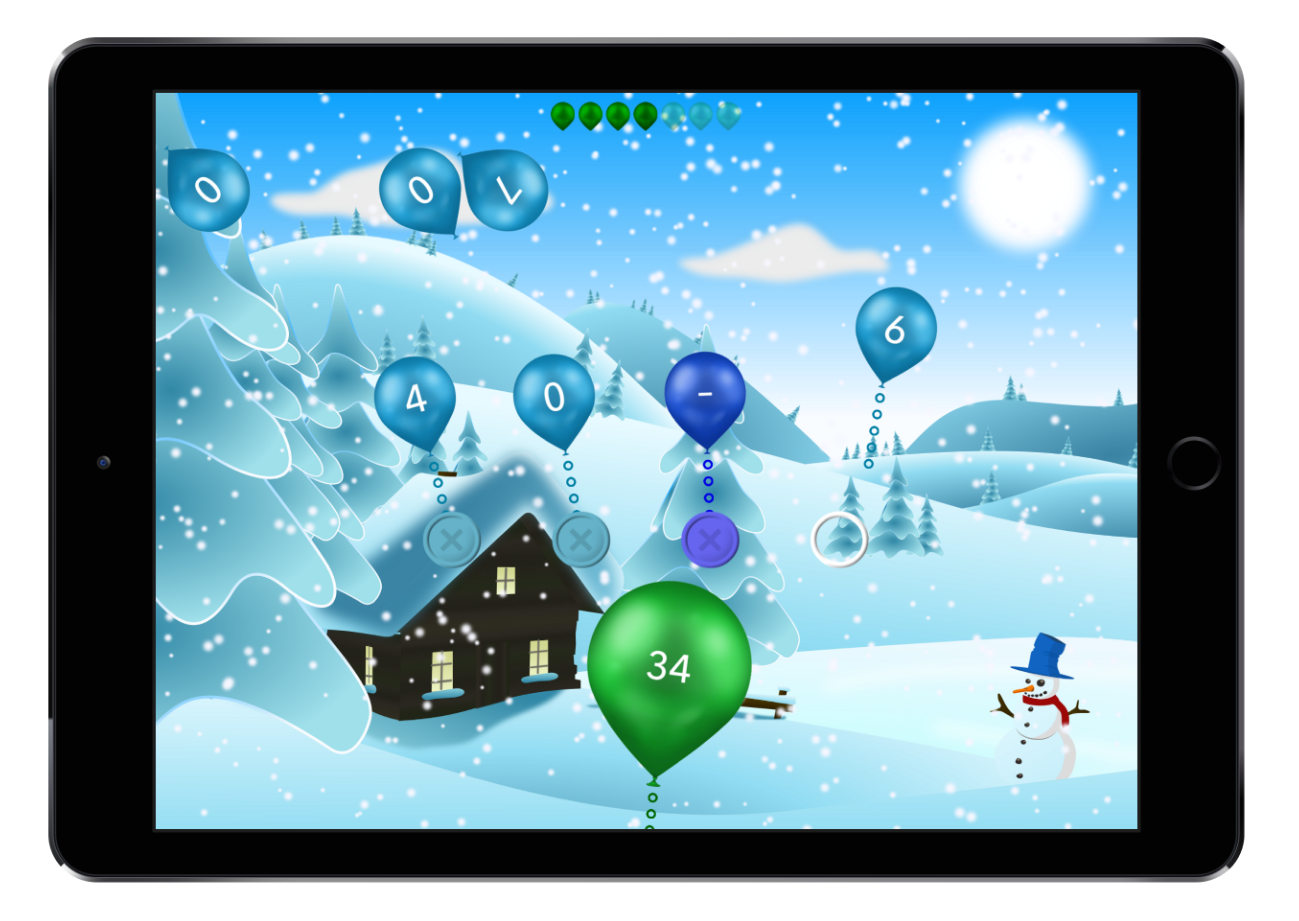