Roman-Numerals.info is a website dedicated to roman numerals. It shows you any number between 1 and 3999 translated between arabic and roman numerals. It also has a conversion table that helps you understand why numbers convert they way they do.

There is also a dedicated page for each number (1 - 3999), with some additional information about that number, such as its prime factors and its conversion into binary, octal and hexadecimal form.

Roman-Numeral.info was launched in 2015, and has had several million visitors since then. 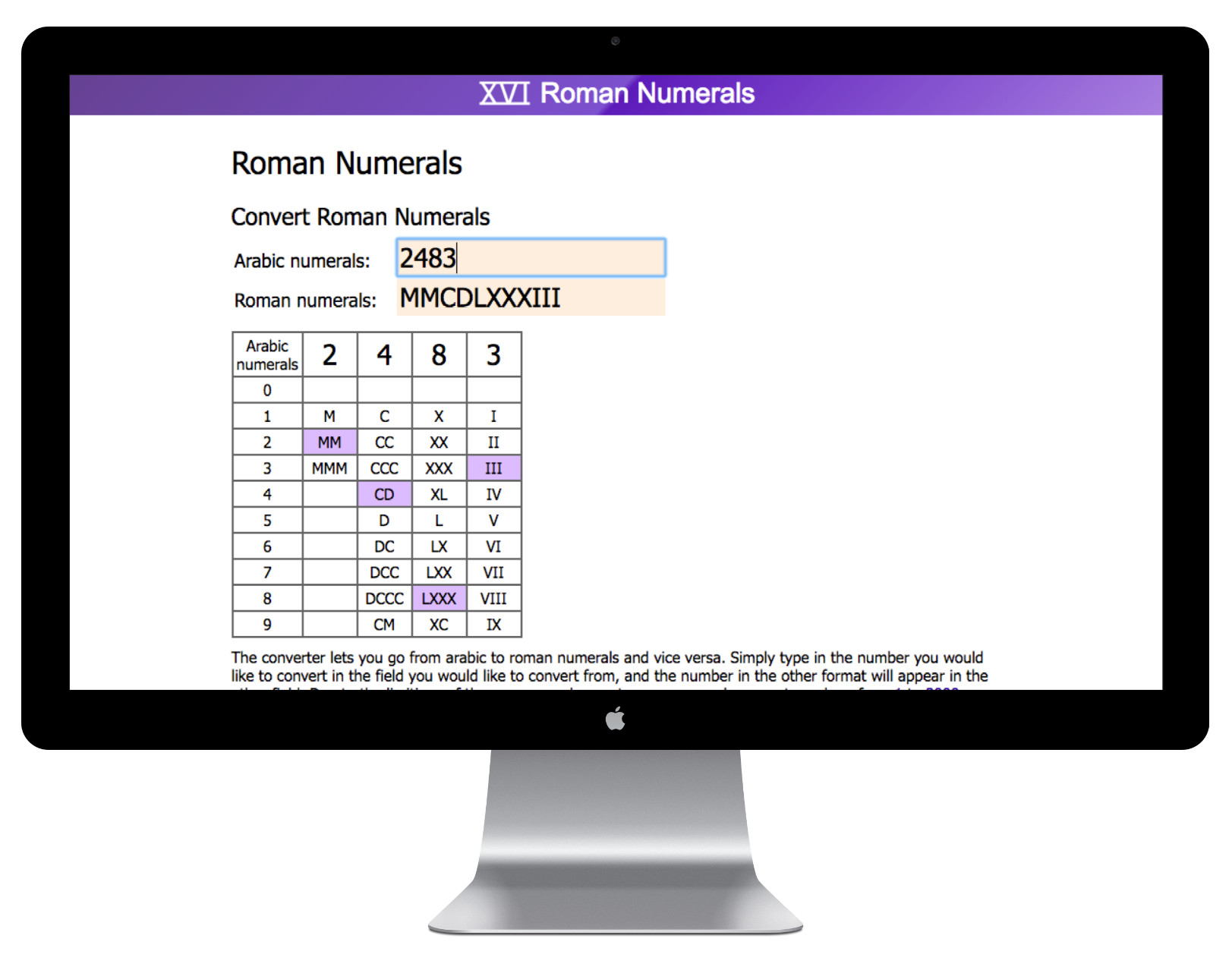